Home > About Us > Our Founders 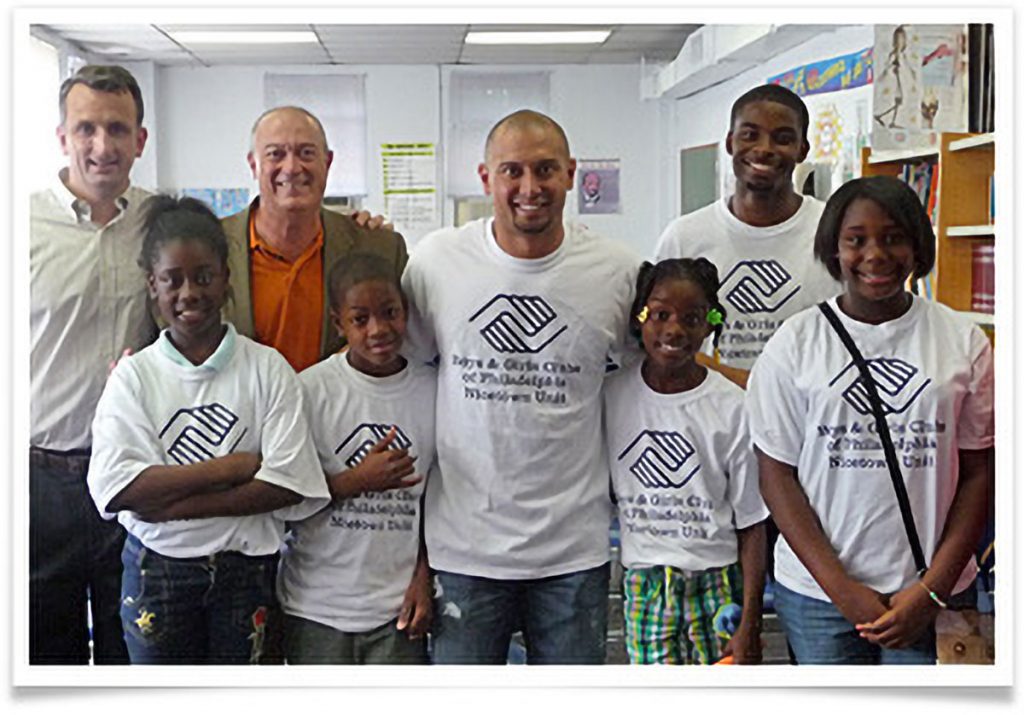 I am grateful for the opportunity to give back to the communities that have given so much to me. Over the past few years, Melissa and I have lent our support to a number of great organizations. However, we wanted to make an even bigger impact by starting a foundation focused on changing the lives of children in need.

Over his nearly eight seasons with the Philadelphia Phillies, Shane racked up an impressive list of accomplishments. In 2012, he recorded his 1,000th hit and set a career record in stolen bases. In 2011, Shane earned MVP honors by Philadelphia Baseball Sportswriters and became the first two-time winner of the All-Star Game’s “Final Vote.” In 2010, he was recognized with his third consecutive Gold Glove, after the team advanced to the NLCS for the third season in a row. In 2009, the team advanced to their second consecutive World Series while Shane was named the 33rd member of the National League’s All-Star team; the first Hawaiian-born positional player to be named to an All-Star team. In 2008, Victorino was a catalyst leading the Phillies’ to their World Series victory, their first in nearly 30 years.

Together with his wife Melissa, the civic-minded Victorino created the Shane Victorino Foundation in February 2010. Shane continues to receive numerous accolades and honors for his philanthropic work including the 2011 Branch Rickey Award, presented annually to honor the MLB player with outstanding humanitarian achievements. In addition, he was named by the U.S. Jaycees as one of 2011’s Ten Outstanding Young Americans and was presented the Philadelphia Sportswriters Humanitarian Award.  In 2010, he received the Phillies Roberto Clemente Award, 2010 Phillies Charities Community Service Award and was named the prestigious Union League’s Sportsman of the Year. In past years, he was presented with the 2009 Phi Delta Theta International Lou Gehrig Memorial Award given annually to the MLB player who best exemplifies the giving character of Hall of Famer Lou Gehrig. In addition, he is a member of the MLB Action Team, a national young volunteer initiative by the MLB Trust and Volunteers of America and is featured in a national ad campaign promoting volunteerism. Prior to the starting the Foundation, Shane and Melissa have been active in philanthropy; raising funds for children’s cancer charities, hosting a shoe giveaway for kids, visiting children’s hospitals, and participating in Shane’s teammate’s charity events.

Shane currently underwrites the general operating expenses for the Foundation, so that more of the funds raised can go to benefit underserved children.